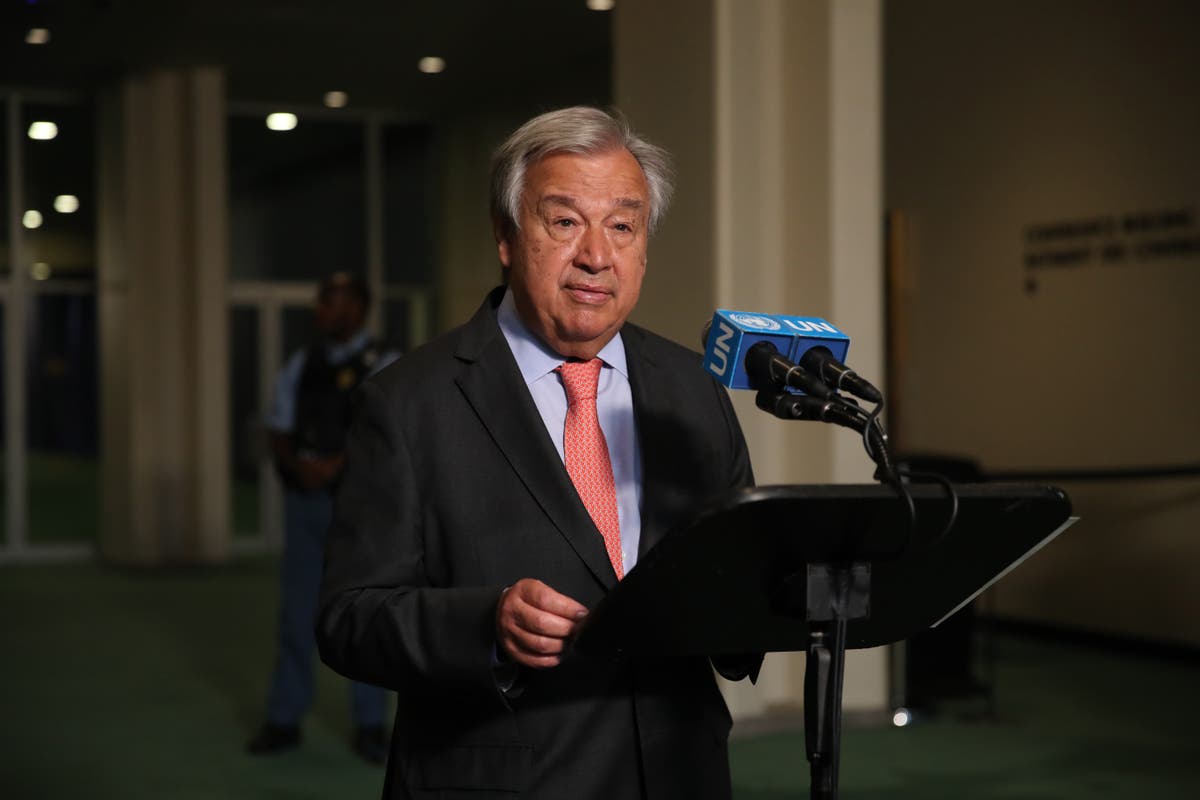 UN secretary-general Antonio Guterres has warned against the “false security” nuclear weapons have to offer and said only one misstep was needed for “nuclear annihilation”.

“Today, humanity is just one misunderstanding, one miscalculation away from nuclear annihilation,” Mr Guterres said at a review conference that started on Monday, marking 50 years of the inception of the Treaty on the Non-Proliferation of Nuclear Weapons (NPT) which seeks to prevent the expansion of nuclear arms for a nuclear weapon-free world.

His comments come in the backdrop of a series of escalating global crises over which the threat of nuclear weapons loom, even as the UN faces the nearly impossible task of successfully implementing the NPT.

Some of the global threats and challenges include Russia’s Ukraine invasion, the failure of the US and Iran to pivot back to the 2015 nuclear agreement and North Korea’s growing ambitions that see the country prepping for its seventh nuclear test.

The UN chief told ministers, officials and diplomats at the UN’s General Assembly hall that the world needed the NPT “as much as ever” and spoke of the conference taking place “at a time of nuclear danger not seen since the height of the Cold War”.

He said “geopolitical weapons are reaching new highs” and pointed to the nearly 13,000 nuclear weapons in arsenals globally and that countries were spending hundreds of billions of dollars on “doomsday weapons”.

“That is why this review conference is so important. It’s an opportunity to hammer out the measures that will help avoid certain disasters. And to put humanity on a new path towards a world free of nuclear weapons,” the UN chief said at the opening day of the month-long conference.

“All this at a time when the risks of proliferation are growing and guardrails to prevent escalation are weakening,” the UN chief said.

“And when crises – with nuclear undertones – are festering from the Middle East and the Korean Peninsula to the invasion of Ukraine by Russia, and to many other factors around the world.”

The tenth annual review conference has the participation of the US, Japan, Germany and others who will review the treaty’s progress and attempt to achieve a consensus on implementing it.

Mr Guterres asked participating countries to urgently reinforce “the 77-year-old norm against the use of nuclear weapons”, address “the simmering tensions in the middle east and Asia” and promote peaceful use of nuclear technology.

Mr Guterres said future generations count on the commitment of participating counties to step back from the abyss.

“This is our moment to meet this fundamental test and lift the cloud of nuclear annihilation once and for all,” he said, even as participants roundly attacked Russia.

The US’s Antony Blinken said at the conference that Iran “has either been unwilling or unable” to accept a deal to return to the 2015 nuclear agreement and that Russia was “engaged in reckless, dangerous nuclear sabre-rattling” in Ukraine.

His comments come after Russian president Vladimir Putin warned that any attempt to interfere with Moscow’s “special military operation” in Kyiv would lead to “consequences you have never seen”.

Japanese prime minister Fumio Kishida said global divisions have grown since the UN’s last review conference in 2015 which ended without reaching a consensus.

Germany’s foreign minister Annalena Baerbock also slammed Russia and said its “reckless nuclear rhetoric” since the invasion of its smaller neighbour “is putting at risk everything the NPT has achieved in five decades”.

The concerns of a nuclear threat were backed by the chief of the International Atomic Energy Agency (IAEA) Rafael Grossi who stated that the conflict simmering in Ukraine is “so grave that the spectre of a potential nuclear confrontation, or accident, has raised its terrifying head again”.

The meeting comes at the time the IAEA is being denied UN help accessing Ukraine’s Zaporizhzhya nuclear power plant.

Mr Grossi, director-general of the global atomic body, warned that the situation at Ukraine’s Zaporizhzhya nuclear plant “is becoming more perilous by the day”.

He pushed all member countries present to bolster his efforts, unsuccessful in the last two months, to visit the plant with a team of IAEA safety and security experts.

Mr Putin, however, walked back on Russia’s nuclear warning while greeting the NPT conference through a message on his website on Monday.

“We proceed from the fact that there can be no winners in a nuclear war and it should never be unleashed, and we stand for equal and indivisible security for all members of the world community,” the Russian president said.